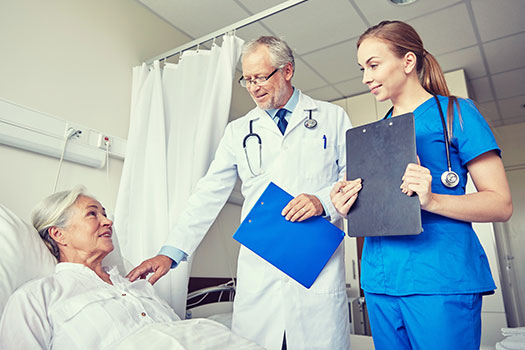 Alzheimer’s disease remains the most common cause of dementia in seniors, and approximately five million adults in the United States currently live with this disorder. By the year 2050, the Alzheimer’s Association estimates that 16 million Americans will be affected by Alzheimer’s disease.

The days, weeks, and months following an Alzheimer’s diagnosis can be challenging for both seniors and their families. However, these challenges can be made less stressful with the help of caregivers trained in professional Alzheimer’s care. Philadelphia, PA, Home Care Assistance is here to help your loved one enjoy the golden years while simultaneously managing the symptoms of Alzheimer’s.

In recent times, a medication used for blood sugar control has shown promise for reversing memory loss. The drug stimulates growth factors, which become impaired in seniors with Alzheimer’s disease. The discovery was made by a group of researchers at Lancaster University in the United Kingdom. Here is what you need to know about this research.

The diabetes medication known as liraglutide has shown promise in seniors with Alzheimer’s disease. Researchers learned that diabetes medications known as GLP-1 receptor agonists could control blood sugar levels in diabetic seniors. In 2016, researchers evaluated the medication with the help of 38 people with Alzheimer’s disease. The group who received liraglutide were better able to metabolize glucose in the brain compared to the group that received a placebo.

However, the researchers’ attention has been toward the possible benefits that might be offered by triple agonist diabetes medications. Known as triple receptor drugs, these medications act in different ways to ensure brain tissue protection. The drugs contain the growth factors GLP-1, GIP, and glucagon, which are typically inhibited in seniors with Alzheimer’s disease.

The study performed by university scientists involved APP/PS1 mice, which are genetically treated to develop Alzheimer’s disease. The same genes are found in people diagnosed with the disorder. The affected mice who demonstrated advanced stages of Alzheimer’s then underwent treatment.

Before and during the medication treatments, the mice were subjected to a maze to determine their performance. The medication enhanced the animals’ learning and memory ability. Other noted improvements included:

Older versions of the medication have been successful in helping seniors with mood disorders and Alzheimer’s disease. However, further testing will determine the appropriate dosages and if the newer drugs compare or surpass existing drugs for beneficial brain protection.

Alzheimer’s disease is a serious health issue that can impact a senior’s independence and overall quality of life. If your elderly loved one is living with a serious medical condition and needs help managing the tasks of daily living, reach out to Home Care Assistance, a Philadelphia home care agency you can trust. Our caregivers are available 24/7, there are no hidden fees in our contracts, and we offer a 100% satisfaction guarantee on all of our in-home care services.

Correlation Between Alzheimer’s and Diabetes

Seniors with type 2 diabetes are at a high risk of developing Alzheimer’s disease, since impaired insulin usage has been associated with degeneration of brain tissue. The brains of seniors with Alzheimer’s disease also demonstrate reduced sensitivity to insulin, which inhibits glucose from entering and nourishing neurons. Insulin also offers neuroprotective qualities. The desensitization process could play an important role in the development of neurodegenerative disorders.

Caring for a senior loved one with diabetes, Alzheimer’s disease, or another health issue can be a challenging task. Families who need help caring for a senior loved one can turn to Home Care Assistance, a leading provider of Philadelphia home care. Services available in our customizable care plans include meal prep, mental and social stimulation, assistance with personal hygiene tasks, and much more. Whether your aging loved one needs minor help with daily tasks or extensive in-home care, give us a call at (215) 645-4663 today.